Kickboxing and cardio kickboxing classes are a great way to burn calories, build endurance, and challenge the muscles of you core. Though it may seem like a complicated workout, once you get the basic moves down, you'll find you can easily push your training to another level.

While skilled kickboxers can make the sport look like a well-choreographed symphony of elaborate moves, kickboxing is in fact comprised of only a few types of moves.

Strikes are some of the most basic of those kickboxing moves. The types of strikes allowed in a match depend upon the style of kickboxing. There are several ways for a kickboxer to strike an opponent. A few include: 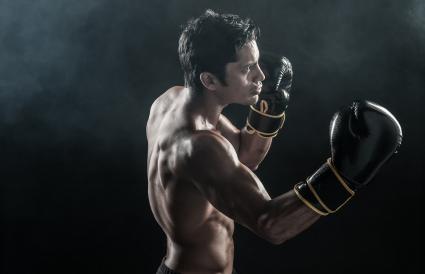 An effective way to neutralize an opponent is to utilize kicking moves. 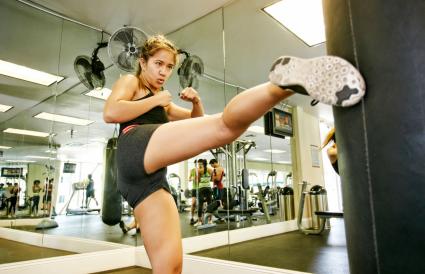 Ask almost any competitive athlete, and he or she will tell you that one of the most important components of success is having a great defensive game. These defense moves can help prevent injury and will work in complement with the other basic kickboxing moves. 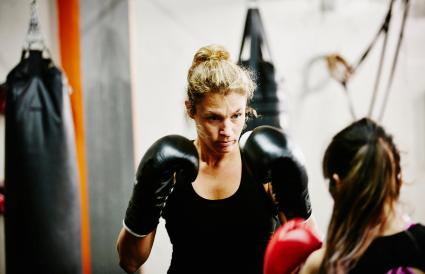 As you get more comfortable in your kickboxing abilities, you'll soon be ready to evolve into more difficult moves.

Combos are important in kickboxing because once you learn them, they become second nature, making it easier to use a combo in an actual match. Classic combos may vary depending on the style of kickboxing.

Kickboxing has become a popular sport for fitness and competition alike. Though it's based on much the same principles of movement as karate, it can provide a unique challenge for those looking for a full-contact competition sport. Recently, kickboxing classes have taken these unique moves and combined them with music to create a high-impact cardio workout that people of nearly any fitness level can enjoy.