You've probably seen it: runners and cyclists wearing incredibly tight sport compression clothing while trailing around your neighborhood. Occasionally, you might even see professional athletes using smaller compressive sleeves or socks. You may have even grown bold and tried some yourself. But what's the point of it? What, exactly, is that stuff, and why do people use it?

Originally, compression clothing - particularly the sleeves and stockings - were meant as therapeutic tools for individuals with poor circulation or tendonitis. The theory was that, by squeezing the affected muscles, the special garments could help increase blood flow, thereby reducing inflammation and speeding recovery.

You'll notice, however, that "improved athletic performance" had nothing to do with the original purpose of compression clothing. That association came later when some professional athletes, including Allen Iverson in 2001, wore the gear during a game to help them play through various injuries. As it happened, they played extremely well with their muscles all compressed. Suddenly, compression clothing was a performance-enhancing device.

A variety of materials go into making these garments, although they are generally some type of polyester. The unique - and often patented - blends used by various manufacturers claim numerous benefits, but the most common advertised advantage has to do with moisture and temperature control. A fabric that can effectively fine-tune your muscles while helping you maintain a healthy fluid balance and temperature would, indeed, be a valuable one.

Unfortunately, research into the benefits of sport compression clothing is not promising.

Take, for instance, the primary alleged benefit of compression clothing for recovery: increased blood flow. To investigate this claim, a 2013 study measured the effects of compress shorts on blood flow in the thigh muscles after a challenging cycling workout. After crunching the numbers, the team found the shorts actually reduced blood flow in the target muscles.

This does not mean, however, that compression clothing does nothing for recovery - it still might be useful. Early research did, in fact, show improved recovery but required the athletes to wear the clothing for a full 24 hours, which the average person is unlikely to do. A review of 30 applicable studies published in the International Journal of Sports Physiology and Performance concluded sport compression clothing does help in recovery from certain sports. Specifically, athletes that were involved in activities that require explosive power, like basketball and sprinting, seemed to benefit the most.

With regard to the touted performance-enhancing benefits of compression clothing, the research is still a little cloudy. However, 2015 study sought an answer by asking 16 male athletes to run sprint trials twice - with and without calf compressors. The running efficiency and oxygen use of each subject was monitored during each run and compared. In the end, it made no difference whether they were wearing their compression gear or not.

Interestingly, however, there were just two participants in the aforementioned study that did experience some modest improvements. These two men, though, expressed a belief in the performance-enhancing power of compression clothing before the study began. This highlights an interesting point: Beliefs can be performance enhancers. It would seem, then, there is a psychosomatic effect at work here but since there is no way to create a placebo form of compression garments, it's impossible to be sure.

On the positive side, no research has ever identified any negative results from the use of compression clothing. Of course, it is possible that some garments, depending on the material from which they're made, might be uncomfortable or hot. Generally, however, this is unlikely, since most sports compression clothing is intentionally made using moisture-wicking, breathable materials.

With all of this ambiguity, you might well chose to pick up some compression gear for yourself and give it a try. If you do, you have plenty of options. 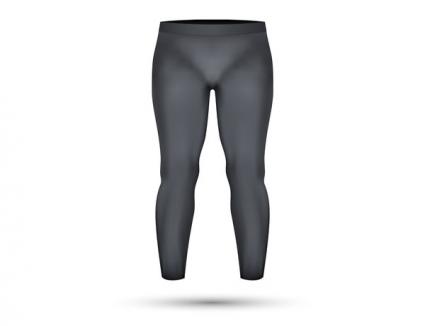 Essentially compression pants, these tights are intended to work on your entire lower body. Most of these products, like those made by 2XU, are slim and discreet so they can comfortably be worn under your regular clothes. This particular example can also be worn while you sleep, which could provide the long duration sometimes needed to feel the effects of compression clothing.

As with most things, you can also find much more affordable options that lack some of the extra features. Eastbay, for example, offers compression tights that cost much less than those made by 2XU. but they do not have added support for key muscle groups. The tights also differ in material. Those made by 2XU feature a nylon blend, which is more durable and weather-resistant.

This garment will only target a portion of your lower body - primarily your thighs. Some compression shorts, such as those produced by McDavid, also do double duty, mimicking tape to support your hips. This can be especially useful if you're dealing with an injury. Since they require less fabric to make, shorts are generally much less expensive than the larger tights.

Again, less costly options are available. These will, however, likely be less focused on recovery. For instance, Hanes produces compression shorts that do not offer the muscular support featured by the McDavid options. 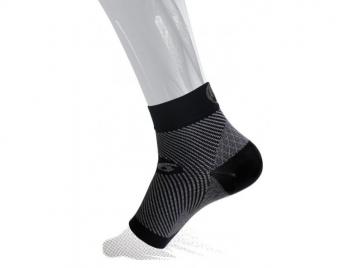 Smaller still, you can purchase compression socks to focus recovery efforts on your calves. Intended for runners, CEP loads its compression socks with other handy features like extra padding, tendon protection, and odor-blocking fabric. Depending on your goals and reasons for using compression clothing, you might choose more specialized options. To target pain in the foot or ankle, foot sleeves may be more effective. Compression calf guards, meant to be worn during an event, are also available.

For your upper body, compression shirts are available in a number of styles. Some of these shirts are specifically intended for recovery, like the Shock Doctor SVR Compression Shirt and are made with tight-fitting, durable materials and feature muscular supports. Others, however, are primarily designed for temperature and moisture control, even though they are also built with a snug fit. Again, these shirts, like those made by Under Armour, are typically cheaper than those focused more on recovery.

Ultimately, the research regarding the potential benefits of sports compression clothing is, at best, mixed. There does appear to be some slight recovery benefit when worn for long periods, and it is possible certain athletes may see small improvements in performance. If you decide to go ahead and purchase some, however, choose beforehand whether you are looking for something that will help with recovery, performance, or temperature control, as this will have a major influence on what type of garment you buy - and how much you spend on it.